Having founded Singapore's first internet company SilkRoute Ventures back in 1994, MIT graduate Wong Toon King (TK) was an entrepreneur right from the start of Internet 1.0.

As a technology venture capitalist today, he brings an unparalleled perspective to the accelerating revolution of Internet 3.0 and beyond, having been a pioneer since its inception. TK's subsequent decade of retail and consumer branding experience operating Ben & Jerry's stores comes in useful as more tech brands become part of the consumers lifestyle.

Through his company, FarSight Capital, TK is involved in investing and nurturing  high tech startups, mentoring future generation of entrepreneurs and guiding corporate brands through their digital transformations.

Besides SilkRoute Ventures, which was sold in-part to Hong Kong listed telecom, media and property giant PCCW, TK founded ECNET in 1997, which became one of the largest and most prominent pan-Asia and Silicon Valley b-to-b e-commerce companies. He also co-founded Tricast, an online media startup which merged with Asia Content and subsequently listed on NASDAQ. TK was also part of the core leadership team of Sembawang Media, which saw the listing of its subsidiary Pacific Internet on NASDAQ.

By age 30, TK's groundbreaking startups and trail blazing in the Internet industry garnered him the National IT Award (Young Professional) by the Singapore Computer Society in 1997. In 2000, TK was named the Internet Visionary of the Year at the Internet World Asia Industry Awards. He was also conferred the country's highest National Youth Award for Entrepreneurship in 2001, and recognised by the World Economic Forum as one of its Global Leaders for Tomorrow.

TK began his career at the National Computer Board (NCB) in 1991, serving as one of the first IT architects for Singapore's IT2000 Intelligent Island Masterplan. He was a NCB government scholar and graduated from the Massachusetts Institute of Technology in Computer Science and Engineering. TK's final year thesis on distributed composite information systems won MIT's best thesis prize in computer science in 1989.

After his tech startup days, TK brought in famed ice cream brand Ben & Jerry's to Singapore after securing the franchise rights through his company The Happy People Co. in 2005. At its height, he opened over 8 ice cream F&B retail stores, including the much-loved iconic flagship store in Dempsey Hills.

The Happy People Co. won the "Best International Operator" two years running and was recognised for its in-store experiential branding, highly admired service staff culture and business success. TK sold the franchise and operations after ten years in 2015, returning to venture capital investing with the onset of Internet 3.0.

Besides technology entrepreneurship, TK's other passion is the sport of fencing.

He represented Singapore as a national fencer and was captain of the 1993 SEA Games Silver medal team in Mens Foil, and was also two times individual Bronze medalist. At MIT, he was captain of the Varsity Fencing Team, winning the New England Intercollegiate Individual and Team Title in Mens Foil in 1989. He was awarded the MIT "T" award for being the Most Valuable Player (MVP) for Fencing in 1989.

Entrepreneurship - Shaping the Destiny of Our Nation 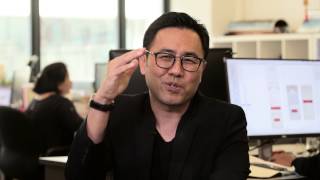 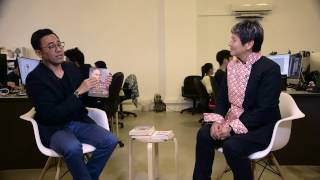 From IT to Ice Cream: One Man's Entrepreneurial Quest for Happiness

Framed in the office of SilkRoute Ventures, 1994

IT Architect and Senior Planner, National Computer Board

Secretariat for National IT Standards